We use cookies to make your experience better. To comply with the new e-Privacy directive, we need to ask for your consent to set the cookies. Learn more.
Back to the Academy 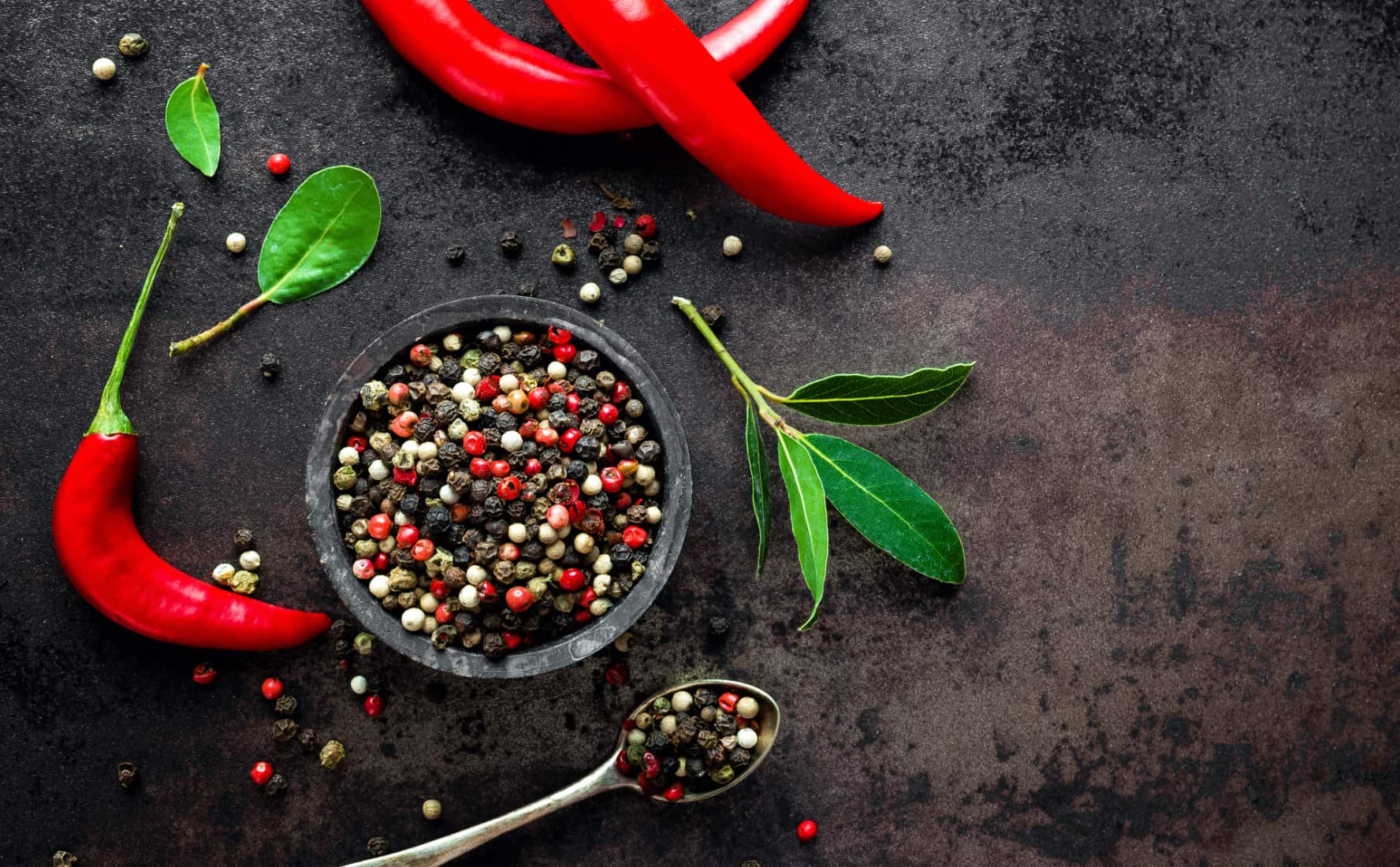 As one of the most popular natural ingredients in the supplements industry, cayenne pepper is far more than just a spice. You may be familiar with cayenne pepper for its ability to give any dish a hot, spicy kick, but there’s plenty of evidence out there to suggest this food can provide a huge range of health benefits.

In fact, for thousands of years it’s been used as a natural herbal remedy across the world. Now, in the modern world, we’ve got the scientific research to suggest it really can benefit your body in a huge range of different ways.

Packed with nutrients, thermogenic powers and more, this really is one of nature’s most interesting foods. Let’s take a closer look at the amazing health benefits of cayenne pepper.

What is Cayenne Pepper?

A cayenne pepper is a chili, which comes from the nightshade family. It’s similar to jalapenos and bell peppers and is used in a huge range of dishes to bring powerful heat.


Although it originates from Central and South America and is a staple of many dishes in these cuisines, in the 15th century it was brought over to Europe by the famous explorer Christopher Columbus.


As well as being a popular ingredient in a huge range of dishes, cayenne pepper has also been used in traditional medicine for thousands of years with claims it can help to remedy illnesses and keep the body healthy. It seems traditional knowledge was right once again.


In the modern world, we’ve managed to track these health benefits down to the impressive nutrient profile of the chili pepper.


It’s absolutely packed with vitamins and minerals, including these:


On top of all these health-promoting vitamins, you have the main active compound in cayenne pepper - capsaicin.


This provides the spice and is also responsible for the range of antioxidizing and medicinal benefits we’ve been talking about. Let’s take a look at the many way’s cayenne peppers can benefit your health.

Ever feel hot after eating spicy foods? Everyone does! This is because of a handy little compound found in cayenne pepper, called capsaicin.


The capsaicin within this supplement is a thermogenic compound, which means it heats your body slightly. This process requires energy, which leads to a heightened metabolism and a higher calorie burn overall [1].


In one study, volunteers who enjoyed a breakfast containing capsaicin burned around 51% more calories during that meal compared to those who had a normal breakfast [2].


So, by supplementing with cayenne pepper extract or adding a little heat to your daily menu, you could influence your body to burn more calories – even at rest.


It’s for this reason so many weight management companies add cayenne pepper extract to their product formulas. For example, we use it in Hourglass Fit, because it’s one of the most highly researched thermogenic foods out there.

On top of improving your ability to burn calories, cayenne pepper may also help you to cut down on your food intake by suppressing your appetite.


In fact, there are a wide selection of studies indicating it helps to suppress appetite [3] [4]. Despite this, researchers aren’t entirely sure how it helps to keep hunger in check so well.


One study found that it may be down to the hunger hormone, ghrelin [5]. Cayenne has been shown to help reduce the production of this hormone, but more research is needed to understand whether there’s more to it than this.


Research shows that those who supplement with supplements containing capsaicin consumed an average of 10% less calories than those who didn’t [6].


So, if you’re the type of girl who get’s cravings between meals, adding a little more heat to your lunch could be a great way to help you keep those mid-afternoon pangs at bay.


This is another reason we were so motivated to include cayenne pepper in the Hourglass Fit formula – it’s an amazing diet support. 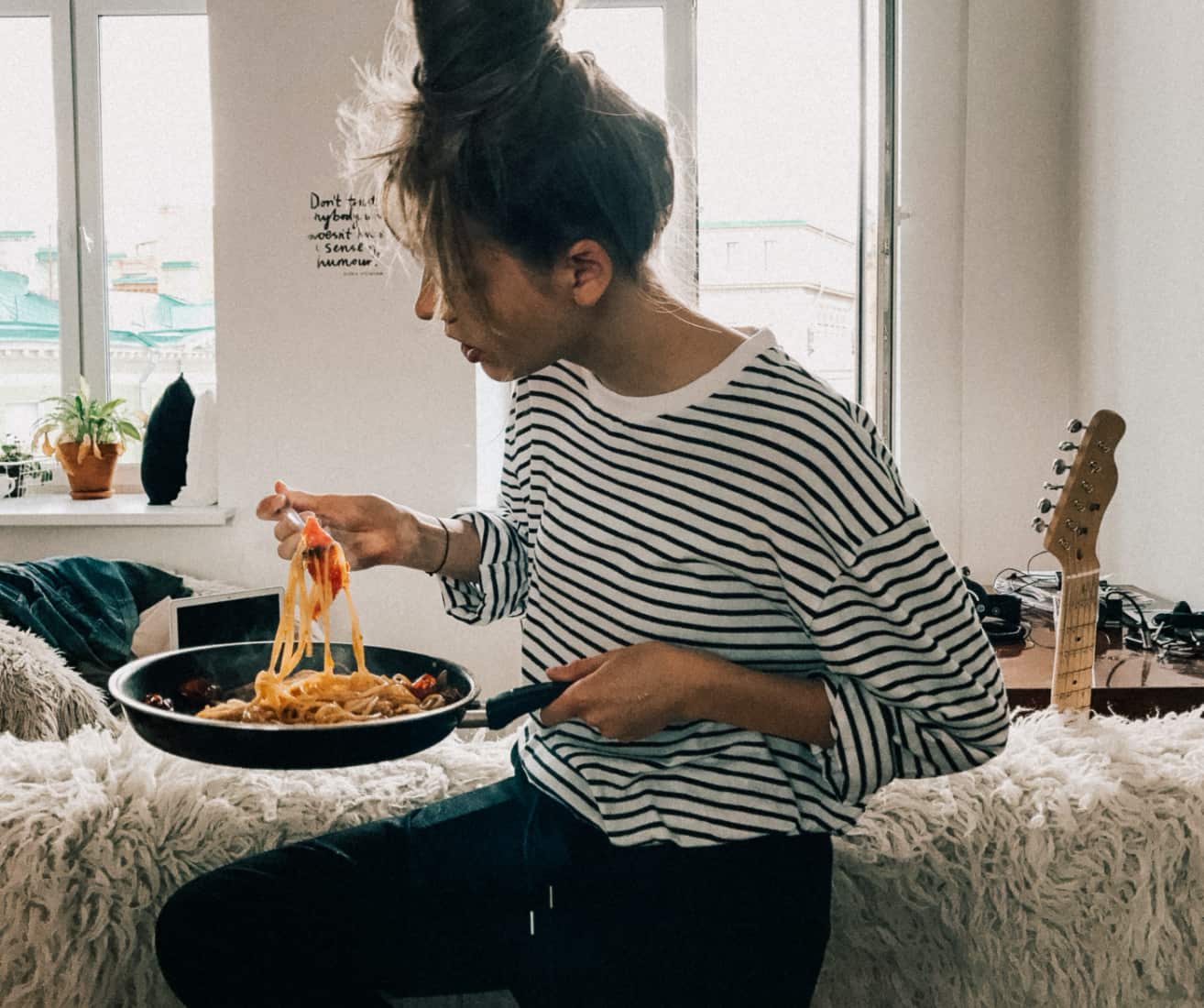 This is a huge issue globally, and something that a huge portion of adults suffer from – whether that’s from obesity or from stress. Research indicates that cayenne pepper could be a great way to help you lower your blood pressure.


In on animal study, researchers found that supplementing mice with cayenne pepper helped to reduce high blood pressure over the long term [7].


Another animal study on pigs also found that supplementing with cayenne pepper h elps to relax their blood vessels, resulting in an overall much lower blood pressure [8].

Toxins, irritation and illnesses can all lead to inflammation within the body, and these can make you unwell. Luckily, cayenne pepper comes to the rescue.


Despite the fact spice is often associated with irritation and heat, cayenne pepper has been shown to reduce inflammation, helping to soothe your body and get rid of nasty toxins that can cause this [9].


This should help to promote a healthy body and better overall wellbeing.

One of the additional benefits of the anti-inflammatory properties of cayenne pepper, is the fact it may also help to relieve redness in skin.


If applied directly to the skin (keeping away from the eyes!) cayenne’s ability to soothe systemic cellular distress makes it a good choice for relieving swelling and the redness that comes with it [9].


This is also useful if you’ve got joint of muscle pain too. That’s why there are so many heat gels and creams out there, designed to help relieve muscular issues. The heat from them comes from, you guessed it, hot chili peppers like cayenne.

Cayenne pepper may be able to help you process food for more efficiently and keep your whole digestive system in tip top shape.


Research shows it does this by helping to boost your stomach’s defense against infection. It has also been proven to increase the amount of digestive fluid you produce, and deliver more food-processing enzymes to your stomach [10].


It does all this by triggering nerves in the stomach that send a message to your brain to protect against the heat [11].


Could help reduce risk of cancer

Research shows that capsaicin could help to reduce the risk of cancer by slowing certain elements of the cell growth process [12].


On top of that, other studies have found that capsaicin could not only slow the growth of cells, but even cause cell death in some types of cancer. So far research has found this occurs in prostate, pancreatic and skin cancer [13].


While this is an exciting development, it’s important to note that these research studies took place in laboratories or on animal subjects. Therefore, there’s no evidence to say how well it will perform in humans.


May help with pain relief

One of cayenne pepper’s main uses as an ancient medicine is as a pain reliever.


Research shows that capsaicin within cayenne pepper can help to cut down on the amount of substance P you produce when in pain. This is a neuropeptide that triggers the pain response in your brain [14]. With less of this in your system, the feeling of pain will be dulled.


There are plenty of skin creams that contain capsaicin, which are commonly used to treat joint and muscle pain, lower back pain and more [15]. 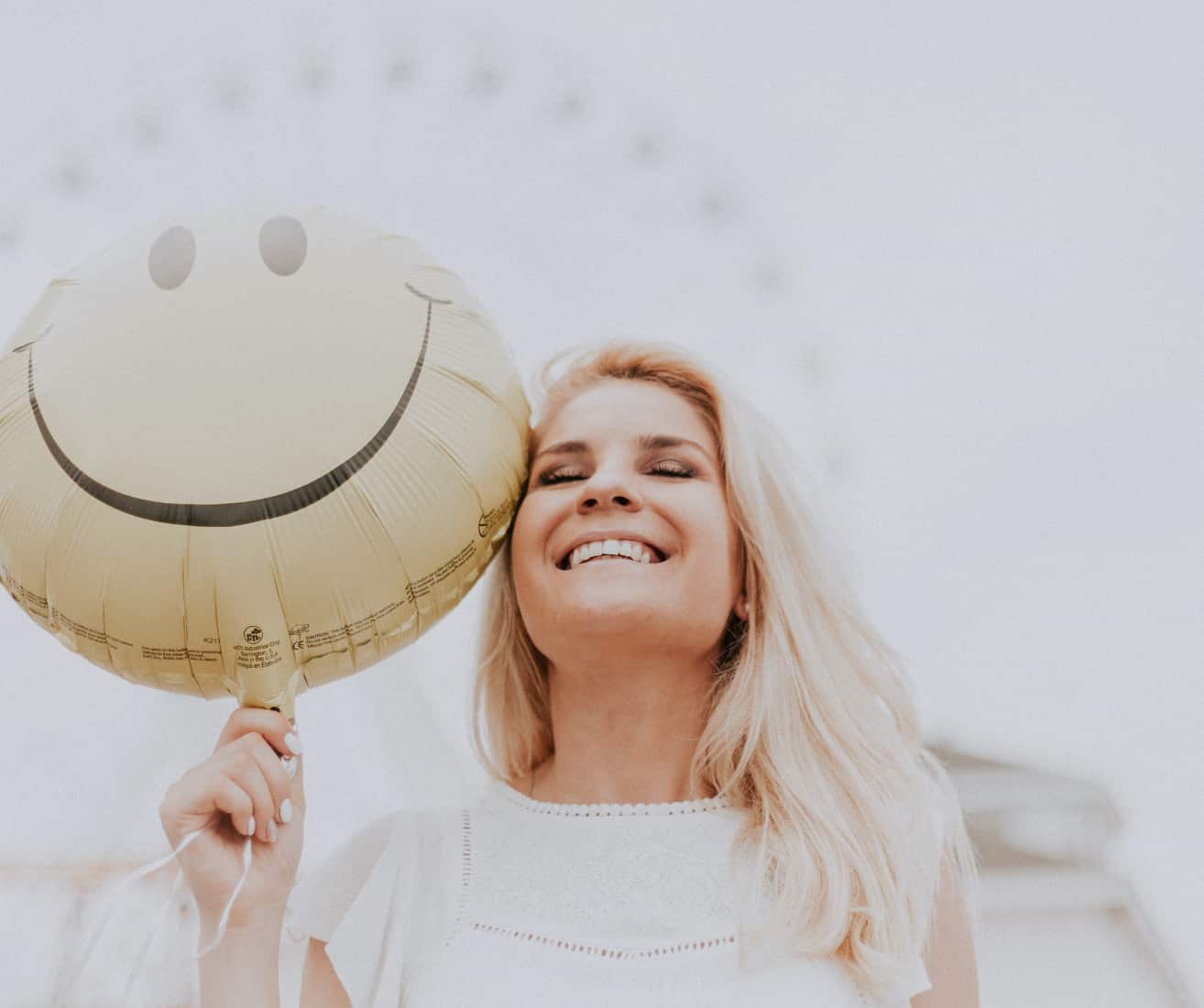 On of the saponins in cayenne pepper, called CAY-1 has been shown to protect cells against up to 16 different fungal strains in a lab study [16].


It actively disrupts the membranes of the harmful organisms whilst being non-toxic itself, therefore helping to protect and preserve the other cells.

For hundreds and even thousands of years spice has been used to preserve food and improve its shelf life. It’s one of the reasons spice is so frequent in foods in countries with hotter climes.


Hot chili peppers are proven to have antimicrobial effects, which basically means they can help to protect against the growth of bacteria [17]. In fact, in one study capsaicin was shown to completely reduce yeast count and mold count in two separate incidences [18].


So, by adding a little spice to your meal prep at the beginning of the week, you could help to keep your food fresher for longer – but remember not to push the limits. Always aim to eat your food within a healthy time frame.

By promoting a better blood pressure, you may also benefit from a healthier heart.


When tested on animals, research indicates that regular supplementation with cayenne could help to reduce heart arrhythmias and improved cardiac blood flow [19].


There’s no proof yet to suggest this could also be beneficial for humans, but it can’t hurt to add a healthy helping of spice to your daily meals. It could help to keep your ticker working at it’s best for longer.

To compound all these health benefits into one, cayenne pepper has been shown to help promote a longer life.


In a large-scale study of almost half a million people, those who regularly ate spicy foods had a 14% chance of living a longer life than those who didn’t [20].


On top of that, researchers also concluded that those who regularly ate chili peppers were at less risk of dying from heart issues, respiratory disease and even cancer [21].


However, we wouldn’t recommend eating large amounts of it in one sitting, as this can result in stomach ache and even sickness [23].


Although cayenne pepper comes with a whole host of health benefits, we wouldn’t recommend relying on it or using it in place of medication – especially when it comes to the heart health and cancer related benefits outlined above.


Also, if you’re taking any blood thinners, or medications for high blood pressure, be sure to consult your doctor first, as it may interfere with these.


Remember, this is still a spice so, although it may reduce redness, inflammation and pain, don’t apply it to broken skin or a wound. The spice in it will definitely sting. On top of that, keep any chili or cream containing capsaicin away from your eyes too as spice can cause irritation. 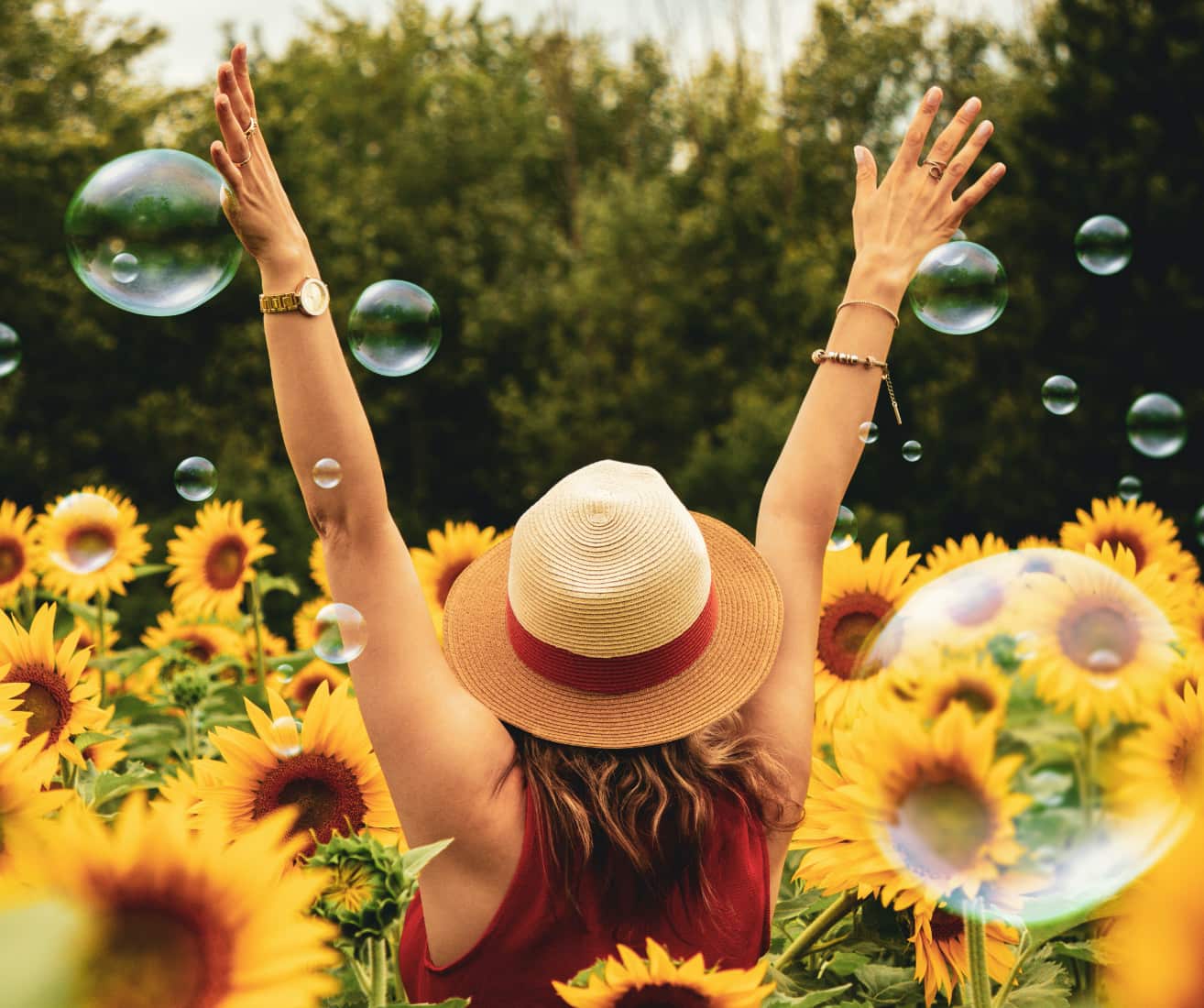 While it often goes under the radar compared to other super foods, cayenne pepper is one of Mother Nature’s greatest creations.


From weight loss to heart health, it protects and supports in so many ways to promote an overall healthier body.


We’ve used an even more concentrated version, which brings you high levels of capsaicin extract, so you’re getting an amazing serving of the bioactive capsaicinoids with every capsule. This means we can help you benefit from all the goodness of this spicy food by delivering more of the key health promoting compounds compared to the seeds or chili alone.


Add this to your diet, either through spicy dishes or by supplementation and enjoy all the benefits this fruit has to offer.