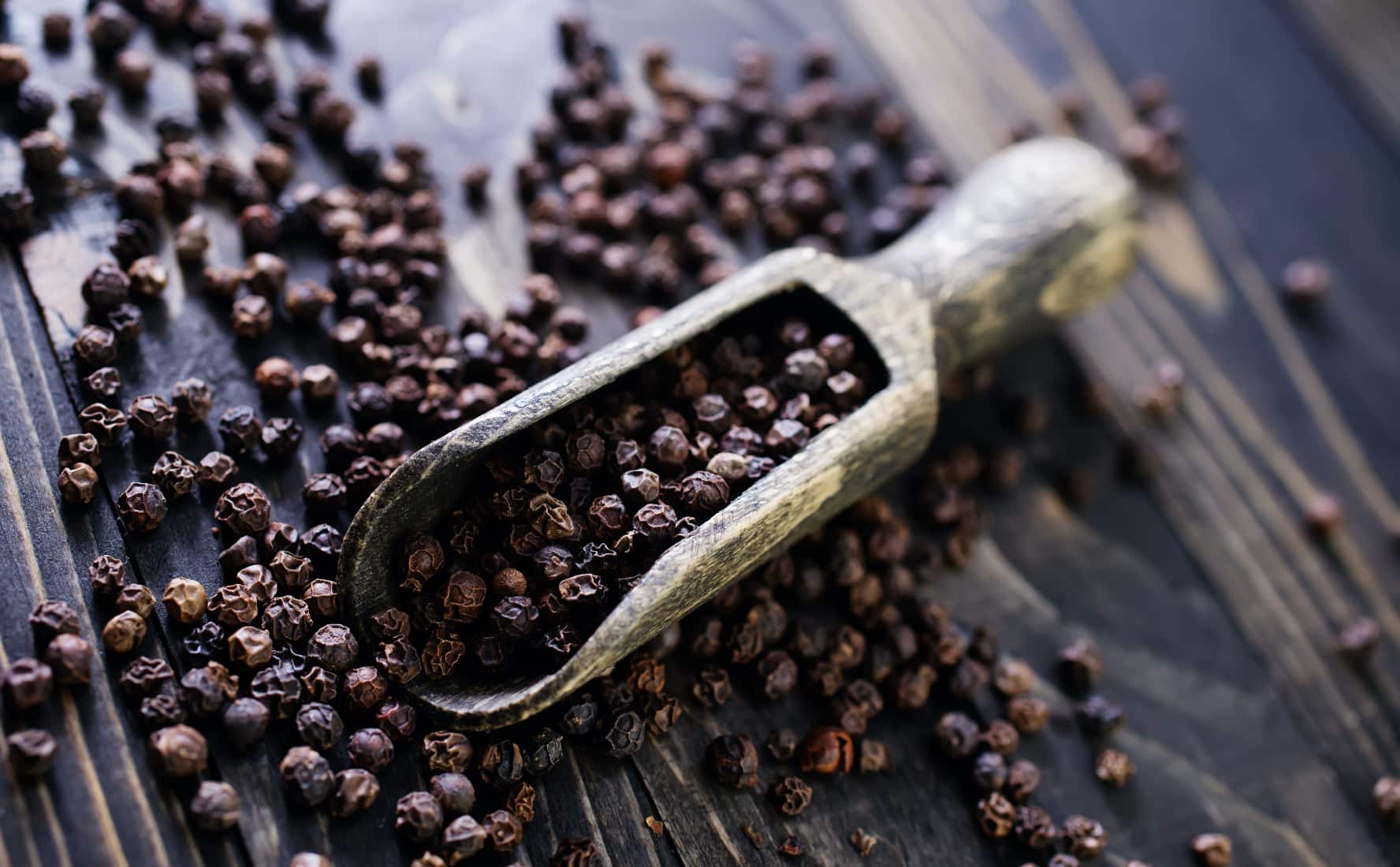 Chances are you’ve heard of black pepper. It’s just as likely you’ve tasted its fiery, sharp taste before and can recall its pungent smell. But, did you know that the tabletop spice is packed with health benefits just as flavor?

In this article, we’ll look into exactly what these tiny corns can do for your wellbeing. Keep reading to find out everything there is to know about black pepper extract.

What is Black Pepper Extract?

Before we get down to it’s extract, let’s start out by looking at black pepper itself.


Black pepper really is a chef’s favorite and is one of the most popular spices in the world. From Asia to the UK, it’s rubbed into meat, ground onto veg and added to sauces for its spicy, complimentary taste.


It’s made by drying out berries from the Piper nigrum vine to create pepper corns. You’ve probably ground down these corns yourself inside a mill and sprinkled the dust over your meal.


This is mainly due to black pepper’s numerous health boosting compounds. Piperine is one of these and experts claim it has more than a handful of “interesting pharmacological actions”. We’ll look closely at these soon.

With some compounds it’s easy to say how they work. On the other hand, you have black pepper extract – an ingredient with so many potential benefits it’s impossible to give one answer.


So, in this section we’ll go over how black pepper delivers its main benefits. After all, this isn’t a one trick spice, even if it is concentrated.


First of all, black pepper extract’s piperine is what’s known as a bioenhancer. That means it can improve how well your body absorbs different nutrients. Piperine can also help kill bad bacteria, parasites, and fungi.


Secondly, black pepper extract is common thermogenic, meaning it can boost your metabolism. Thermogenesis literally means to create heat, which is one side effect from burning calories.


Studies have also shown black pepper can positively change how your body stores fat. We’ll uncover exactly how it does this a little later on.

Experts say that taking supplements containing 5-20 mg of piperine per serving should be safe (2). The amount of black pepper you use in food shouldn’t pose any risks either (3).


We considered these safety guidelines when creating Hourglass Fit and opted for a friendly 5 mg. We don’t think it’s ever worth risking safety by overfilling our capsules.

Like we said above, it’s recommended you use between 5-20 mg of piperine in a full serving. This is should be enough to experience the effects of black pepper extract without side-effects.

Most of us know black pepper for its complimentary taste. It’s notoriously tasty rubbed into different meats, tofu, and as part of different sauces.


However, that’s not why black pepper extract is taken as a supplement. Because as much as it’s known for bringing food to life, it’s also full of health benefits.


See how versatile this fiery spice is by reading how it can change your body for the better.

Antioxidants are compounds that are able to fight cellular damage caused by free radicals. These are unstable molecules that can damage your cells via oxidative stress.


Some free radicals are created naturally as a result of things like exercise and eating. But others can be brought into being by bad diet, pollution, cigarette smoke, and even the sun’s rays.


Unfortunately, too much free radical damage can cause severe health complications. While lower-level damage can cause chronic inflammation and skin aging (4)(5), more major cases can include heart disease and cancer (6)(7).


Interestingly, black pepper extract can act like an antioxidant once it’s been ingested (8)(9). 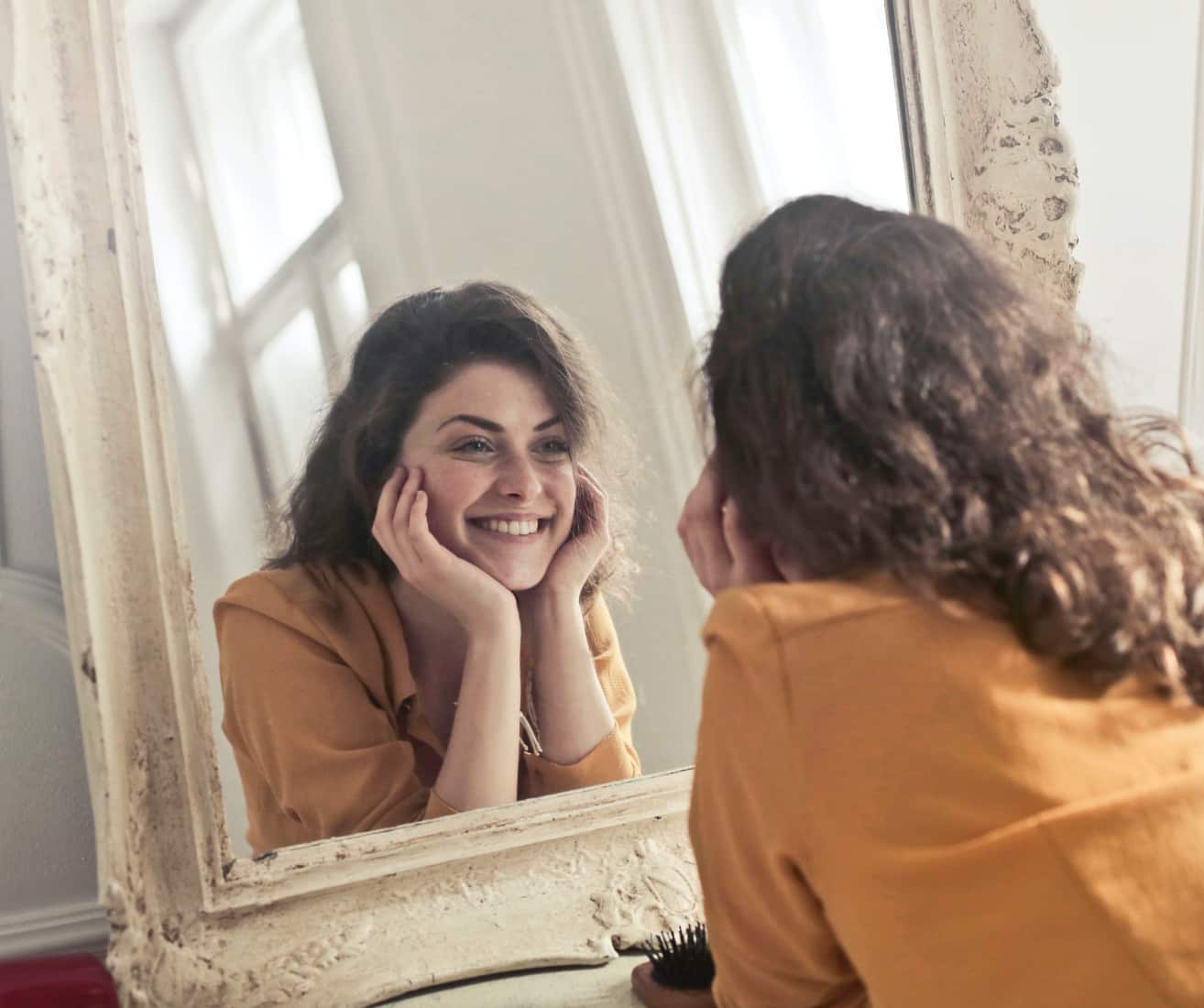 One of the main reasons people use black pepper extract is because it can boost how well your body absorbs other nutrients. For some like curcumin, that might even be 20 times over (13).


Curcumin, for those who haven’t heard of it, is the active ingredients inside turmeric. It’s also the main one that gives the yellow spice it’s color and anti-inflammatory effects (14).


Black pepper can also help you absorb vital nutrients like calcium, beta-carotene (vitamin A) and selenium. So, while it’s good for the less important compounds, it could really help bolster the essential ones in your diet (15).


This all works because piperine can make changes to your metabolism.


It causes some compounds to bypass a stage called glucuronidation, that takes place in the liver. Glucuronidation attaches a signaling molecule to compounds, which tells your body to excrete them in your urine.


Now, this process is usually important because it stops you getting a build up of drugs and supplements in your system. However, when it comes to more useful ingredients, it can become a problem and stop you absorbing good amounts.


Naturally, the same can be said for less healthy supplements and drugs too. So, piperines ability to stop you excreting certain compounds can also be a con. It usually comes down to what you’re taking it with.

It appears that black pepper doesn’t just benefit weight management by increasing your metabolism. Blocking fat cell formation might be another approach it takes too.


Researchers behind a study published in the Journal of Agricultural and Food Chemistry found that piperine has the potential to tackle weight gain by stopping fat cells being created.


According to team, they’d seen that previous studies showed how piperine reduced fat levels in the bloodstream. So, they decided to delve deeper into why.


According to their discoveries, piperine has the ability to reduce lipid storage in 3T3-L1 cells, and stop these lipids being turned into adipocytes (fat cells) (16). See this as a potential chain reaction that holds back some fat storage.

Inflammation can seriously impact people’s quality of life, especially when it’s chronic. Conditions such as arthritis, cancer, heart disease, and diabetes can all be caused by chronic inflammation. One of these is the piperine found inside black pepper.


According to experts, spices from all across the world can have a positive effect at fighting inflammation (17).


Unfortunately, there aren’t extensive human studies at the moment showcasing piperines anti-inflammatory properties. The ones we do have available are promising cases seen in animals (18)(19).

A little earlier we touched on black pepper extract’s anti-cancer properties. Experts say that it’s piperine specifically that shows the most promise (20).


One study took 55 different spices and compared how effective they were for boosting how efficiently treatment used for triple-negative breast cancer works. Interestingly, the researchers saw that piperine was actually the most effective (21).


Given that triple-negative cancer is the most aggressive kind, piperine could pose significant benefits for people facing the condition.


Test tube studies suggest that piperine can slow the growth of numerous types of cancer cells including those from breast and colon cancer (22)(23). Piperine also showed that it can trigger the death of cancerous cells too.


All of this sets black pepper extract up to be a great supplement for helping protect your cells against cancer. But, according to lab studies, it might also be able to aid in reversing multi-drug resistance developed by cancer (24)(25).

Ingesting black pepper extract could encourage your body to release enzymes into your intestines and pancreas that aid digestion (26)(27). More specifically, they could help you to digest carbs and fats. 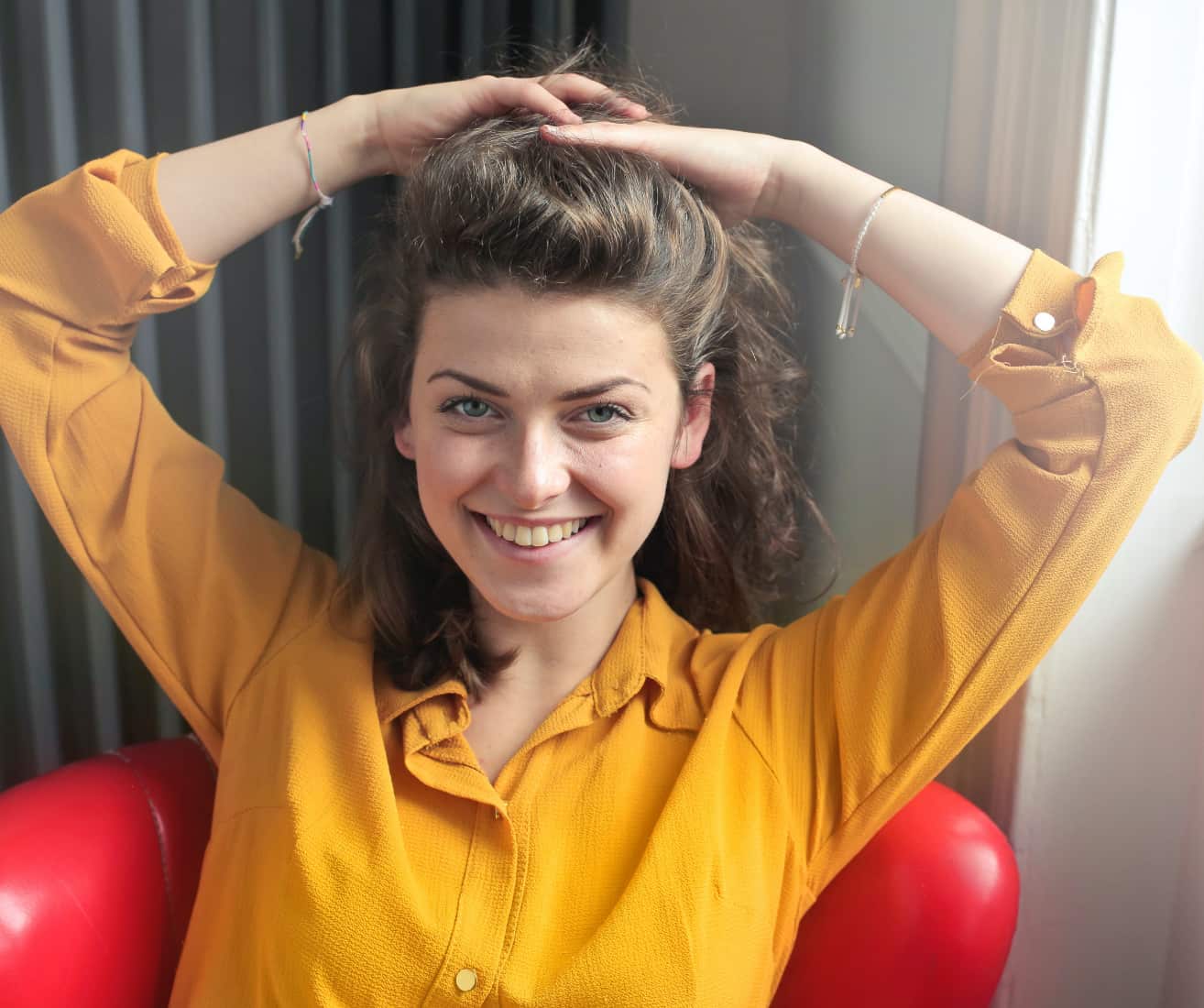 
However, issues are more likely to happen when you start to overuse it. As the saying goes, you can definitely have too much of a good thing.


Taking excessive amounts of black pepper extract has been linked to adverse effects (28). Here are some of the possible side effects from overusing it.

Black pepper extract is a very low risk supplement. Most healthy people can enjoy it without any adverse effects.


Some certain populations might want to be careful if they plan on consuming black pepper extract. Even more so if they want to use in large amounts. These include pregnant women, people with blood conditions, and those with diabetes.


Using black pepper extract is likely to be safe for these people if it’s not in high quantities. However, to be safe, we recommend checking with your doctor first.


Some supplements might contain other ingredients not suited to your condition or medication. They might even have too much piperine inside as well.


You should also stop taking black pepper extract supplements two weeks before surgery. While it’s ability to control blood sugar levels can help healthy people, they could cause complications during and after surgery.


One reason is that piperine has been shown to slow down blood clotting.

What is BioPerine black pepper extract?

BioPerine is a trademark name for piperine.

When consumed within 5-20mg daily servings black pepper shouldn’t case adverse side effects. However, overuse could cause issues and might be dangerous. It can also increase how highly some medications are absorbed.

Yes, black pepper has been proven to help your body absorb other important nutrients (15). It’s what is known as a bioenhancer.


Is black pepper bad for your liver?

Excessive amounts of black pepper extract could be bad for your liver. We recommend that you always follow manufacturer guidelines when taking supplements.


The amount of black pepper you find in food shouldn’t cause any problems, though.


What is turmeric and black pepper good for?

Turmeric has been used in traditional Indian medicine for thousands of years. But, unlike some other natural remedies, it’s actually backed my modern science (29).


Inside turmeric is an active compound called curcumin. This is the key ingredient that gives the yellow spice it’s potent anti-inflammatory and antioxidant properties. Unfortunately, though, your body doesn’t absorb curcumin very well. So much so that it’s really hard to get an effective dose from food alone. Some experts say you’d need to eat a whole gram in a day to get near.


That’s where black pepper’s piperine helps, because as we know, it can enhance how well your body absorbs nutrients. Studies say that consuming curcumin and piperine at the same time can increase the absorption of curcumin by a huge 2,000% (30). You can read all about the health benefits of black pepper extract further up in this article.


Can the body absorb turmeric without black pepper?

Yes, the body can still absorb turmeric without black pepper. However, like we just saw, it’s difficult to get enough curcumin from eating turmeric alone. Especially considering that the curcumin content of turmeric is only around 3% of its weight (31).

By now you understand that there’s more to black pepper than its fiery taste. Not only could it help you lose weight, but it can also fight against cancer and stop free radials causing cellular damage.


However, it’s the ability to boost the absorption of other nutrients it’s most known for. Sometimes it can increase absorption up to twenty times over and help your body make the most of key vitamins and minerals.


It’s also got an impressive safety profile too. You’re not likely to experience side effects from taking black pepper extract if you stick to 5-20 mg as a daily dose. That’s why we’ve used a sensible 5 mg in our own Hourglass Fit formula. We wanted to give you a chance to experience all the amazing benefits, without risking your health or comfort. After all, what good is a supplement that doesn’t compliment your wellbeing?