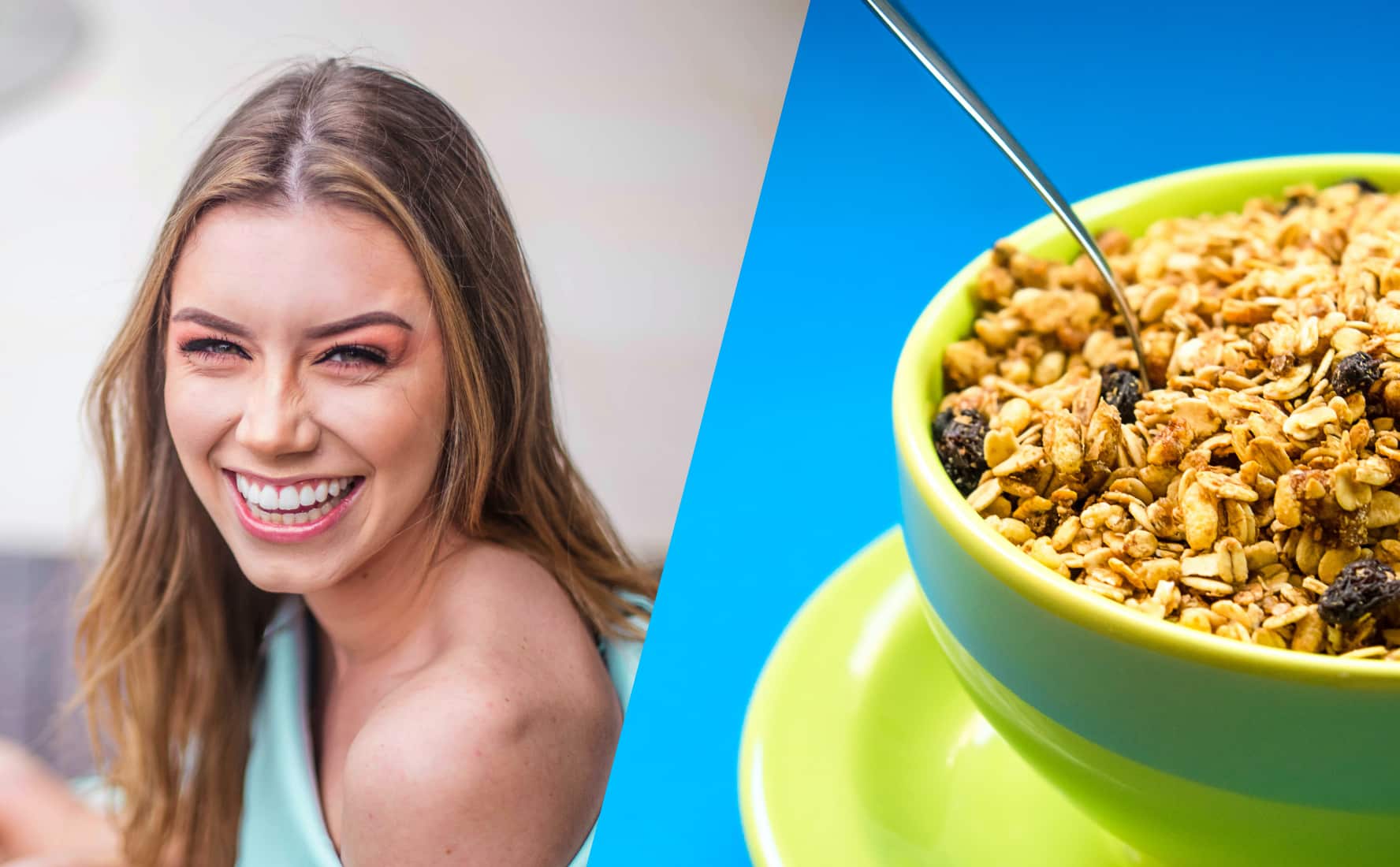 Vitamin D, aka the sunshine vitamin, plays a key role in contributing to your bone, skin, and hair health. It can even affect your mood, immunity, and benefit weight loss too. In this article, we’ll cover all things D3 and how it affects your health.

What is Vitamin D3 (difference between D & D3?)

Remember how we called vitamin D3 the sunshine vitamin? That’s because you produce it when your skin comes into direct contact with the suns rays.


Technically though, vitamin D is actually a pro-hormone, despite the name.


Because, unlike other nutrients you only get from your diet, you can synthesize your own vitamin D. All you need is around 5-30 minutes of contact with sunlight every day – but it’s not that easy for some.


Women who stay indoors, cover themselves, or live in northern latitudes, might not be able to get enough sun-time. Instead, they need to rely on their diet and supplements.


Food is a great source of vitamin D, because it’s fat-soluble. Foods like fatty fish and liver are rich in D, so when you eat them, you absorb some too.


But, what’s the actual difference between vitamin D and D3?


Vitamin D comes in two forms, D2 and D3. Vitamin D2 (ergocalciferol) is the plant form, whereas D3 (cholecalciferol) can only be found in animal products.


Researchers suggest that D2 isn’t as effective at raising blood levels as D3 is (1)(2). D3 is also the form your body produces naturally when sunlight touches exposed skin, so it’s an all-round better choice for supplementation.

Experts say that 5-30 minutes of sun exposure every day is the minimum for getting enough vitamin D3. When taking a supplement, they say 600 IU/15 mcg is enough (3).


However, although this amount of sun-time or supplementing seems easy, an estimated 50% of people are deficient in vitamin D3 (4).


Women who don’t get much natural sunlight, like those who live further from the equator, might need to supplement more. It’s also recommended that everyone, regardless of where they’re from, eat vitamin D3 rich foods.


Amazing sources of vitamin D3 include:

One thing to remember is that vitamin D3 is only found in animal products. Vegan women can only take D2, which makes them more susceptible to deficiencies. 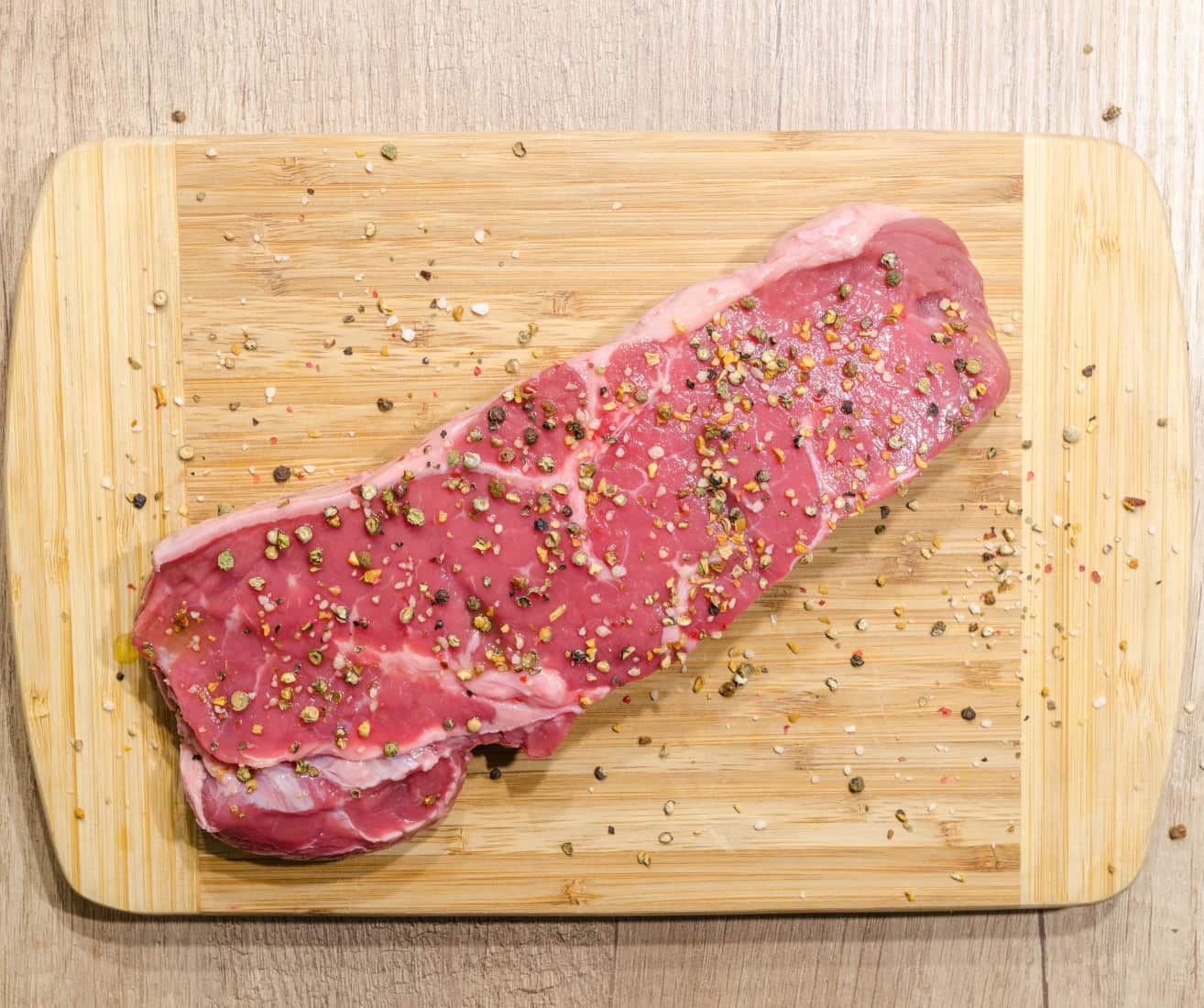 The National Institute of Health say that 50-125 ng/mnL are adequate levels of Serum 25-Hydroxyvitamin D for healthy adults (5).


This is vitamin D that’s undergone hydroxylation in the liver for activation. Because D3 controls important functions such as promoting calcium absorption, bone mineralization, and cell growth, deficiencies can cause a range of health issues.


Naturally, some women are more at risk than others. As we mentioned earlier, it’s advised these women take a supplement.


Another at-risk group are overweight and obese women (6).


Some scientists say this is because bigger body size creates more demand for vitamin D. Others, however, say that it could be because obese women might eat less vitamin D rich foods, or that they’re lacking certain enzymes.


Women with dark skin are also more likely to have lower vitamin D levels. This is because melanin, the pigment that makes skin darker, can reduce the ability to produce vitamin D from sunlight (7).


Signs/Symptoms of Vitamin B12 deficiency

It’s important to remember that any woman can become deficient in vitamin D. Even if you don’t fit into an at-risk group, you might still be one of the 50% of people worldwide who aren’t getting enough.


To help you see if you have any of the symptoms, we’ve outlined the main ones below:

Naturally, any of these symptoms could seriously throw off your health and confidence. Working toward a weight loss goal could become harder too.


Finding the energy to exercise and make healthy food can easily become an issue. You might also find muscle pain and weakness really restricts how active you are.


However, if a deficiency is diagnosed early, supplements could bring you back to healthy levels.


One woman who felt chronic fatigue and headaches only had 5.9 ng/ml of D3 in her system, which is far below the minimum acceptable amount of 20 ng/ml.


When she started to supplement with vitamin D though, her levels went up to 39 ng/ml and she reported that the symptoms stopped too.


If you think you might be vitamin D deficient, make time to see a doctor. .

Yes – vitamin D3 plays a big part in a huge range of internal processes, and keeps your body healthy.. Here are the main health benefits of taking vitamin D3.

One of the key roles of vitamin D is regulating cell growth and the communication between them. It also influences over 200 of your genes, which quickly become impaired when you’re D3 deficient.


Some studies have found that the hormonally active form of vitamin D, calcitriol can actually reduce cancer progression (8). There’s evidence to suggest that it does this by slowing down the growth of new blood vessels inside cancerous tissue.


Lower risk of diabetes and other autoimmune diseases

Recent research also shows a connection between circulating vitamin D levels and the risk of type 2 diabetes mellitus. This is an inverse relationship, where healthier levels of the sunshine vitamin seem to lower the chance of developing the disorder (10).


Not only that, but scientists say there is another inverse relationship between vitamin D levels and type 1 diabetes mellitus too (10). As a result, healthy vitamin D levels may prevent both types of diabetes.


According to the paper we cited above, three other serious autoimmune diseases can also be helped. Multiple sclerosis, rheumatoid arthritis, and systemic lupus erythematosus may all benefit from vitamin D.


Scientists believe that low levels of vitamin D and calcium can cause the painful bone disease osteoporosis (11). This is when bone structure seriously deteriorates, and the chance of fractures rise.


Because osteoporosis is caused by a lack of calcium, many people think they just need to take more calcium.


However, they may need to take more vitamin D too. Low levels of the sunshine vitamin might be holding back calcium absorption.


Another issue all women should consider is that healthy vitamin D levels could also prevent osteomalacia. This is a condition that not only results in bone weakness, which increases your risk of injury, but muscle weakness too.


In short, taking vitamin D can help protect your bones.

Being overweight is a risk factor for vitamin D, because scientists think body size dictates how much you need.


But can vitamin D help with weight loss? Two studies say it could.


According to one, women who took vitamin D alongside a weight loss diet and exercise lost seven pounds more than those who didn’t. It turned out that the supplementing group had sufficient D3 levels, whereas the other women didn’t (12).


In the second study, overweight and obese women took a vitamin D supplement for 12 weeks. By the end of the test these women hadn’t lost weight, but they did reduce their body fat by boosting vitamin D levels (13).


Not only that, but the sunshine vitamin might slow weight gain. In one study on 4,600 women, scientists saw that higher levels of vitamin D were connected to less weight gained over the four and a half years (14).


To summarize, higher levels of vitamin D3 could help with weight maintenance and fat loss. It might also reduce weight gain as well, which is why we’ve added a 250% daily serving to Hourglass Fit.

You may have a lot of questions about where you can find D3 in your diet, and how you should be aiming to improve your levels. We’ve provided some important FAQ’s to help.


Is there a difference between vitamin D and vitamin D3?

See vitamin D like the overarching umbrella name with two specific variations within it. Vitamin D3 is one of these and D2 is the other.


D3 is the type you synthesize from direct sunlight touching your skin. It’s also the type of vitamin D you’ll find in animal derived foods.


To clarify - it’s not technically wrong to call the vitamin D3 in your body vitamin D. But there is clear line between animal derived D3 and D2 from plants.


What are the benefits of taking vitamin D3?

The most obvious benefit of taking vitamin D3 is reducing your chance of deficiency.


On a more specific level, taking vitamin D3 can be better at boosting your serum levels than the alternative D2. One study on women even saw D3 as being nearly twice as effective at raising blood calcifediol levels (14).


As we looked at earlier, deficiency symptoms can become quite serious. In short, it’s the better option unless you’re vegan.


When should I take vitamin D3?

Interestingly, D3 is what’s known as a fat-soluble vitamin, which means it’s absorbed through the body via fatty tissue.


Fat-soluble vitamins don’t dissolve in water. Therefore, it’s advised you take your vitamin D3 alongside some kind of fatty food.


At Hourglass Fit, we assume you’ll be eating a well-balanced diet, with a healthy portion of good fats. This is another reason to take Hourglass Fit 30 minutes before you eat because the fats in it will help you absorb more D3.


Is it better to take vitamin D every day or once a week?

Because vitamin D can be used and lost quite quickly, it’s much better to take it every day.


Another reason to take D3 daily is to avoid toxicity. Spreading out your vitamin D intake over seven days rather than all in one stops you getting too much at once. Side effects from excess vitamin D range from nausea, through to diarrhea and bad headaches.


Vitamin D’s tolerable upper limit is said to be around 4,000 IU. Yet, some experts say you could take up to 10,000 IU in a day without reaching toxicity.


Hourglass Fit provides you with 1000 IU of D3 in every daily serving. That’s a whole 400 IU above the suggested 600 IU a day, but well under the 4,000 IU upper limit. We don’t want you to experience any side effects.


What foods have vitamin D3?

Foods full of vitamin D3 include:

Vitamin D, aka the sunshine vitamin, is technically a prohormone that’s essential for women’s health. It’s main role in the body is to support healthy bones and immunity, with the added benefit of helping weight loss. One easy way to keep your vitamin D levels topped up is with a daily dietary supplement.


Keeping your B12 topped up can help you feel energized, motivated, and happy. Not only does it protect the cells in your body, but right down to your DNA too. Unfortunately, though, vitamin B12 deficiencies can be common. They can leave you feeling run down, sick, and sometimes with serious conditions.


Healthy vitamin D levels can allow women to flourish and live their best life. As a result, getting enough sunshine vitamin should always be a top priority. If it’s not through spending more time in the sun, a high-quality supplement can help. Almost 1 billion people on earth don’t get enough of vitamin D (4). Overweight and obese women are one of the most at risk groups too.


Vitamin D deficiencies can have nasty and harmful side effects. From feeling constant fatigue and depression, to contributing to certain types of cancers and osteoporosis. Hourglass Fit for example, contains 1,000 IU of the better vitamin D3, which is generous without being risky.


Take control of your vitamin D levels. Enjoy the sun, support your diet, and give your body the vital nutrient it deserves.. Good luck on your journey.